Here are the 11 best lawyers in Singapore, based on our research and humble opinion. Keep in mind that they’re not ranked in any order.

Jonathan is the founder of Tembusu Law and LawGuide Singapore. He created Singapore’s first legal chatbot in 2017.

Jonathan graduated from the University of Bristol in 2002 and was admitted to the Bar of England and Wales in 2003. He was a Partner at a law firm which helped him drive innovation, strategy, and work on internal functions including organisational development, talent management, regional and international business growth, and strategic partnerships.

Formerly a prosecutor at the Attorney-General’s Chambers in Singapore, he can help you with any legal issues you might have, whether it is civil or criminal. He can even represent you in court if that is what you need.

Alyssa graduated from the University of Leeds (UK) with a Bachelor of Laws degree in 2014, and became an advocate and solicitor of the Supreme Court of Singapore in 2016.

Her expertise lies in the area of family law, and she regularly handles divorce cases involving jurisdictional and cross-border issues.

She regularly engages in difficult litigation for both local and expat clients, most recently having argued a Family Justice Court appeal which helped clarify the Singapore Courts’ position on the appropriate method of valuing Build-to-Order (BTO) flats.

Being familiar with Employment Law, she is capable of handling employment law matters and commercial transactions.

She is a Volunteer Lawyer with Community Legal Clinics organised and administered by the Law Society Pro Bono Services, and she also serves as an Assigned Solicitor for the Legal Aid Bureau (LAB).

Riko Isaac graduated from the University of Leeds with a Bachelor of Laws (Honours) degree in 2015. He was admitted as an Advocate & Solicitor to the Supreme Court of Singapore in 2017.

Riko represented clients at all levels of the Singapore Courts as well as the Singapore International Commercial Court. Notable cases include a high-profile case involving breach of fiduciary duties relating to improper payments of about SGD 33.7 million from public and town council funds (Aljunied-Hougang Town Council v Lim Swee Lian Sylvia and others, 2019).

Other complex cases include claims of unjust enrichment, dishonest assistance and unlawful means conspiracy for the recovery (Esben Finance Ltd. v Wong Hou-Lianq Neil) which was part of a series of connected cases heard in different jurisdictions including Malaysia and the British Virgin Islands.

As a lawyer at Tembusu Law LLC, he has a diverse skill set. He is experienced as Lead Counsel in criminal cases and also advises clients with Family Justice issues.

He is a volunteer lawyer with Community Legal Clinics organised and administered by the Law Society Pro Bono Services and an active volunteer lawyer for the Criminal Legal Aid Scheme (CLAS).

Rachel graduated from the Singapore Management University with a Bachelor of Laws degree in 2021 and was admitted as an Advocate & Solicitor of the Supreme Court of Singapore in 2022.

Rachel’s primary areas of practice are in Matrimonial & Family Law and Criminal Litigation, and she also regularly handles general advisory as well as Dispute Resolution matters.

As a firm believer that justice should be accessible to all which the law seeks to protect regardless of their means, Rachel has embarked on her legal career with the single-minded commitment to play her part in helping to building bridges between the law and community.

Outside of legal practice, Rachel happily devotes her time to help mentor young individuals in the community by actively serving in her church’s youth ministry.

Adrian graduated from the National University of Singapore with an LLB degree (Hons) in 2003. In 2004, he was admitted as an advocate and solicitor in Singapore. He was involved in several administrative law matters. He acted on behalf of Faith Community Baptist Church to quash a decision by the acting Manpower Minister.

Adrian has a commercial litigation portfolio that includes contract disputes, breach of director’s duties, tenancy, restraint of trade, defamation, debt recovery and medical neglect. He also advises corporations who have been the victims of fraud in addition to his litigation portfolio.

Adrian is also a regular speaker at legal seminars and conferences for both legal practitioners and laypersons. He was also a former wedding singer and musician.

Before joining Yuen Law LLC in 2018, Amos graduated from the National University of Singapore with an LLB degree (Hons) in 2011. In 2012, he was admitted as an advocate and solicitor for the Supreme Court Of Singapore.

Amos focuses on civil or commercial litigation and criminal litigation. He counsels clients on other areas of the law such as construction arbitrations/adjudication applications, probate and bankruptcy. Some of the cases handled are notable, such as a construction dispute worth over S$12 million.

Amos is also a volunteer lawyer with the Singapore Law Society’s Criminal Legal Aid Scheme (CLAS). The Law Society of Singapore started CLAS to assist those in need.

Amos is involved in football and tennis regularly outside of legal practice. He represents the Law Society football team.

Amos is also fond of playing board games.

Nawaz graduated from the National University of Singapore with an LLB degree (Hons) in 2007. His primary practice areas are corporate insolvency and restructuring, corporate and commercial litigation, banking and financial dispute and shareholder disputes.

Hariz graduated from the National University of Singapore with an LLB degree in 2013 and was called to the Singapore Bar in 2014. The majority of his practices are in commercial litigation and insolvency matters ranging from corporate litigation, corporate insolvency, fraud and asset recovery.

Hariz represents a broad clientele from SMEs to MNCs under asset recovery, professional negligence and director-shareholders disputes. Notable cases handled such as: representing 3 Thai nationals, who were alleged to be part of a syndicate and had cheated a local casino amounting to approximately S$1.3 million under a criminal trial in 2016. He also successfully represented a well-known Singaporean food court operator in striking out a claim for misrepresentation by a former tenant in 2019.

Hariz volunteers with the Law Society Sports Committee, as a mentor for undergraduates of NUS law school and as School Advisory Committee for Bedok View Secondary School.

Gokul graduated from the University of London with an LLB degree (Hons) in 1997. And in 2008, the National University of Singapore and King’s College London awarded him a Master of Science degree in Construction Law and Arbitration.

Before joining the firm, he was an Assistant Commissioner with the Ministry of Manpower, where he presided over disputes under the Work Injury Compensation Act. He attended a G20 meeting as the sole representative of Singapore while he was with the Ministry.

Gokul has worked in both the Attorney-General’s Chambers and the Ministry of Manpower for a decade. Several times, he has represented individuals and companies facing criminal charges.

Ramesh Varathappan is the Founder of Legal Minds Practice LLC. He graduated from the University of Wolverhampton with an Honours Degree in Law. He was admitted to the Supreme Court of Singapore as an Advocate & Solicitor in February 2011.

Ramesh has a strong background in the legal field complemented by the vast working knowledge acquired as a paralegal for thirteen years prior to coming into legal practice.

During his initial years of practice, he represented both individuals and corporate clients in commercial, contractual, criminal and insurance disputes in the Appellate Court, High Court and State Court. He has a wealth of experience in trial litigation as well as alternative dispute resolution matters.

While his main area of practice is in civil litigation, Ramesh has also acted and advised clients in matters involving construction disputes and criminal matters. Ramesh has also done high-profile pro-bono work, in particular the recent Little India Riot, where he represented his client in the criminal motion applied by the Prosecution to increase bail.

Manfred is an Associate in Dentons Rodyk’s Litigation and Dispute Resolution and Arbitration Practice team. His main areas of practice are focused on corporate and commercial disputes. In matters relating to equity and trusts, shareholder disputes, commercial fraud and conspiracy, as well as insolvency and restructuring issues, he has advised and acted for both commercial and individual clients.

Manfred graduated from the National University of Singapore in 2018 and was awarded a scholarship to read law, and was called to the Singapore Bar in 2019. He received a distinction in professional responsibility and ethics during the Singapore Bar Examinations in 2018.

During his time at NUS, he took part in many mooting competitions. He was a member of the team that competed in the 14th Willem C. Vis (East). Where he also was given an Honorable Mention for Best Oral Advocate. 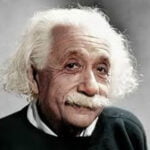